An excellent ally in the case of cholesterol, diabetes, and hypertension, the artichoke is a perennial plant that does not require great care. To start the cultivation, it is better to proceed with the planting of the “Carducci” (buds).

HOW TO GROW ARTICHOKES

Of the Mediterranean origin and belonging to the composite family, the artichoke is a plant known since ancient times. Very widespread, especially in Italy, France, and Spain, in our country, it is cultivated especially in Sardinia.

Unlike the other varieties of vegetables grown in the garden, the artichoke is a perennial plant: this means that it needs a special space that will be occupied by the plant for years.

HOW ARTICHOKES ARE GROWN

Simple to grow, artichokes are a real mine of beneficial properties for health: they contain a high amount of fiber and important mineral salts such as iron, calcium, phosphorus, magnesium, they are an excellent ally in case of cholesterol, diabetes, and hypertension. Detoxifying and with a diuretic effect, artichokes contain few calories and are therefore perfect for keeping fit without sacrificing taste.

Artichoke is often a food to bring to the table, especially when “in season”: let’s see together, step by step, how it is grown.

HOW TO SOW ARTICHOKES 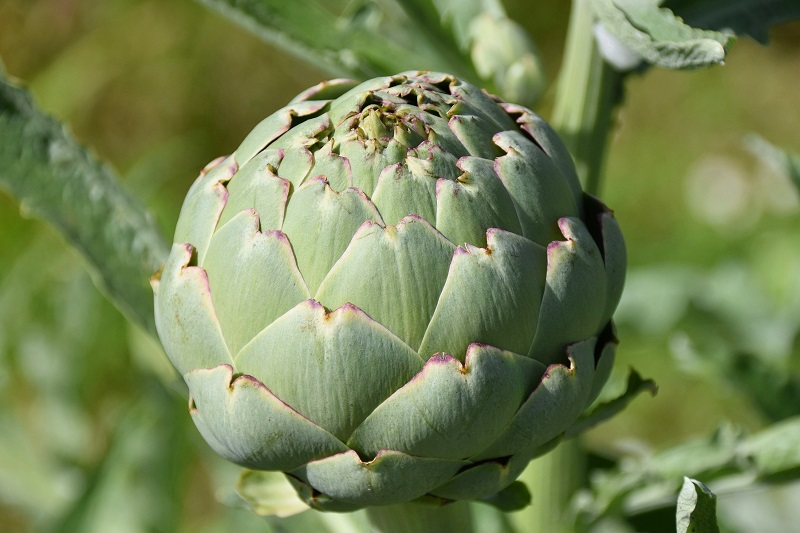 Since the rooting of the seed is quite difficult, to start the cultivation of artichokes it is better to proceed with the planting of the “Carducci” (buds) that can be taken from the large tufts of the old plants. Alternatively, ask those who already own an artichoke or go to a nursery. Alternatively, bury the dried Carducci.

In both cases, for the success of the cultivation, it is essential to place the Carducci at a depth of about 20-30 cm, well away from each other. Generally, to favor both cultivation and harvesting, the artichokes are made in rows spaced at least 80-100 cm apart.

WHEN TO GROW ARTICHOKES

The ideal period for planting Carducci varies according to the area and the different climatic conditions: however, it generally runs from the end of autumn to the beginning of spring. So, late autumn in case of mild winters and early spring in case you live in a particularly harsh winter climate.

To develop and grow, artichokes need a climate that is not particularly cold but characterized by mild winters and hot summers. Alternatively, if you live in areas with very severe winters, protect the plant from the cold. A good solution is that which consists in cultivating the artichokes between the rows of fruit trees or olive trees so that they also have the right amount of shade available.

The artichoke plant prefers fresh soils, rich in organic matter and not excessively sandy. If the soil has been properly fertilized prior to planting the artichoke, no further interventions are required. Mulching is important, i.e. the protection of the soil through the use of leaves, hay, or straw, in order to keep the soil moist and limit the growth of weeds.

The artichoke plant fears water stagnation so avoid excessive watering by intervening only when the soil is dry.

Depending on the variety, the artichoke harvest generally begins in October and ends in the period between May and June.

Tue Sep 21 , 2021
In addition to helping managers manage business processes, organization management software can certainly help streamline procedures and improve performance throughout the entire institution. A single software package can include all the tools needed to deal with the full gamut of organization functions, by time-clock operations to customer onboarding and reporting. […]