Its scientific name is Lilium candidum. It is also known by the names of white lily, Azucena, or Lirio de San Antonio. It belongs to the Liliaceae family.

It is native to Palestine, Syria, and Europe. Its periodic flowering occurs for several years, which makes it an appropriate species to grow intensively.

Due to the strong cultural link between the white lily and the qualities of purity and modesty, this flower appears in many descriptions throughout history.

The care you must have so that your lilies are always in optimal conditions are the following:

Due to its qualities, it can be planted both in a pot and in the garden. If you are going to grow it in a pot, it is recommended that you have a well-drained and fertile substrate. white lily care

It does not tolerate waterlogging or very dry soil. Rainwater is liked because it refreshes it and it is free of lime.

It adapts very well to soil rich in organic matter.

It constantly requires a good amount of fertilizer. During the spring you should apply it once a month so that it becomes more lush. If it is liquid, it is an excellent alternative, but do not rule out organic fertilizer.

Its pruning is quite easy, since only what looks dry and sick should be eliminated.

It prefers both direct sun and shade. The most suitable temperature for its flowering is between 20 and 27 ºC. The lily thrives near a window if it is kept indoors, as this is where it can enjoy natural light.

Aphids are the most frequent enemies, which feed on the cells of the leaves and flowers. For this reason, you should periodically check your white lilies.

This flower has a very special meaning for the Catholic religion because it is associated with the Virgin Mary. The white lily is said to convey good energy, purity, simplicity, and nobility.

The white lily is also a symbol of great importance at Easter because it emphasizes beauty, hope, and life. They are also flowers that are associated with future mothers, which is why they are given at weddings to predict the formation of a new family and a promising future.

In addition to the charm and beauty that the white lily possesses, it is also the best way to convey the message that the deceased is resting in peace in heaven.

Giving a bouquet of white lilies represents virginal love. They are very desirable to give away on Valentine’s Day. During the Victorian era, lovers gave white lilies to women as a sign of love.

Some poets and artists of Greek origin attributed to it a meaning of tenderness.

White is the perfect painting for purity and beauty. It is also the color we associate with the sky.

Also, the white lily in dreams reveals good fortune and chances of success.

For other people, the white lily is considered an amulet, which repels evil spirits.

White lilies have fascinated man since ancient times. In Solomon’s temple, these flowers can be seen in sculptures, they also appear in medieval religious paintings.

The white lily has the number 22 present in numerology. Characteristics of this number are leadership and great efforts. 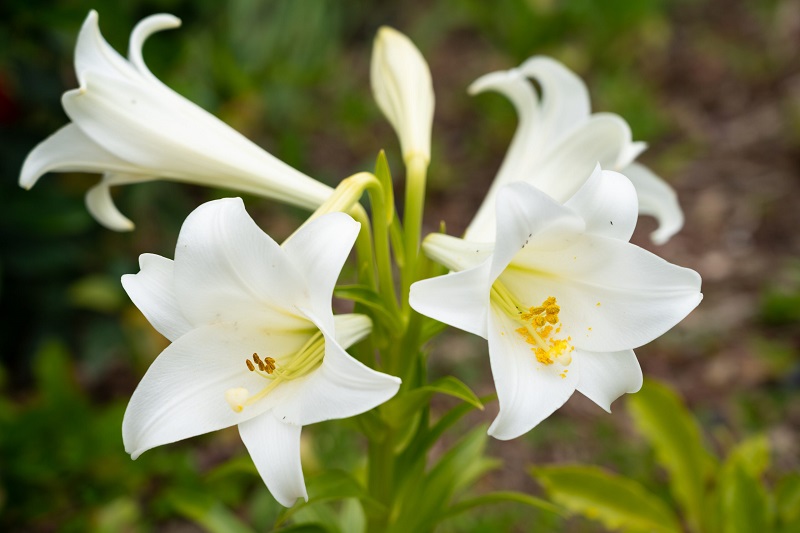 The white lily flower is large, its buds are white in color and have a pleasant perfume. Also, they are hermaphrodites. The size of the flowers is 5 to 6 centimeters. The shape of the cocoon is similar to a trumpet. This flower has five to seven petals.

The lily flower has a very special characteristic, as the petals open giving the feeling similar to a star. On the other hand, the white lily looks like a bell.

The fruit is located in the center and contains a large number of seeds that have a yellowish pigmentation. Its flowering is in summer.

Its stems can reach a meter in height. Its leaves measure 15 to 20 centimeters and its color is a vibrant green. Each stem can give 10 to 20 flowers.

Something curious about this flower is that it is widely used to make perfumes due to its pleasant aroma.

Some women take white lily herbs to help with disorders of the reproductive system.

Sun Jan 30 , 2022
The snake plant is a very characteristic plant that is becoming an increasingly popular resident in houses and apartments. It’s perfect for everyone, whether you’re a flower connoisseur or a beginner plant lover. It is a species that belongs to the group of succulents, so infrequent watering will not harm […] 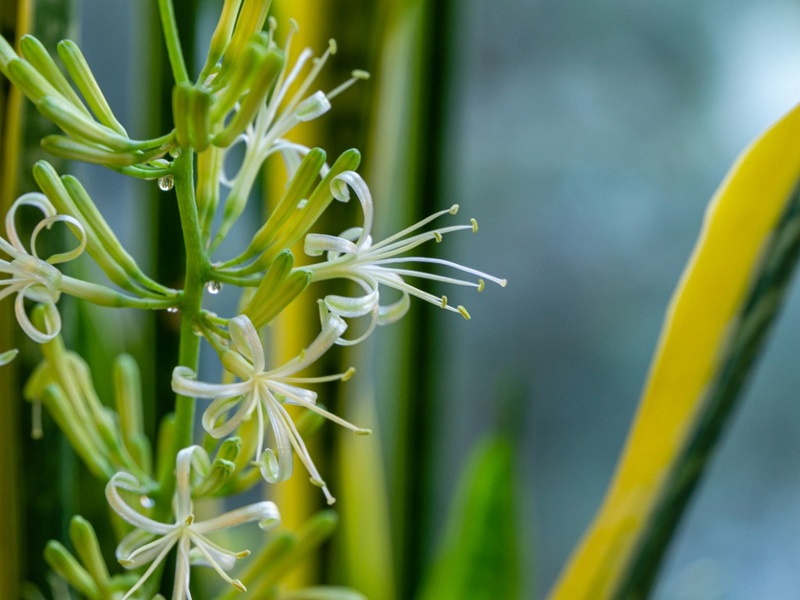